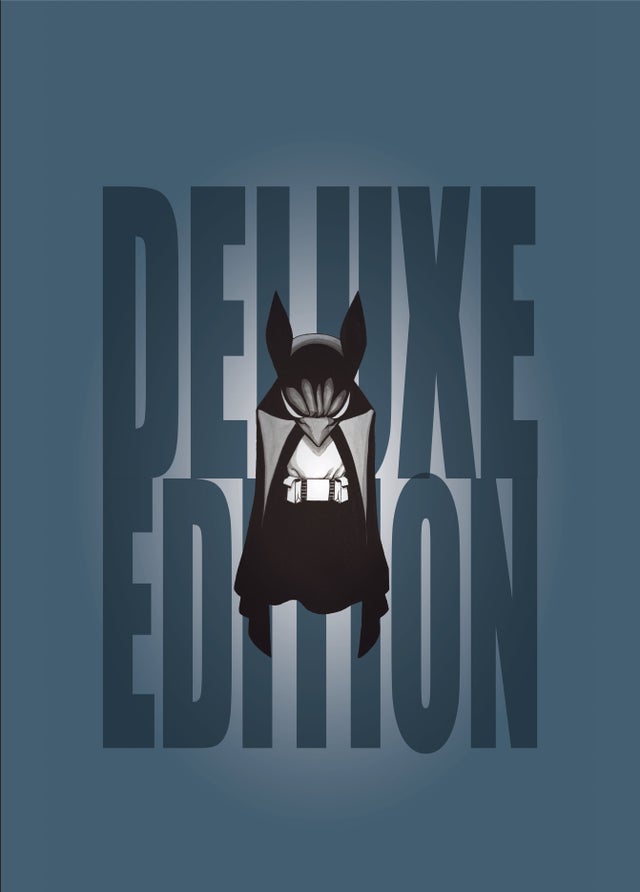 The Titan Mouse of Might Deluxe Edition is a hardbound, 8.25 x 11.25 graphic novel featuring 160 pages. Titan is an extraordinary mouse that has been endowed with powers beyond that of a normal mouse. He has taken on the appearance of a Dark Flyer, the mortal enemy of his kind. Titan is originally from another world were the animals are intelligent (see the Pakkins' Land Omnibus). After triggering an explosion in his world Titan is transported to the world of man. Issue One: Titan sets out on a rescue mission to save another of his kind from the evil Ryan Research Center (RRC).