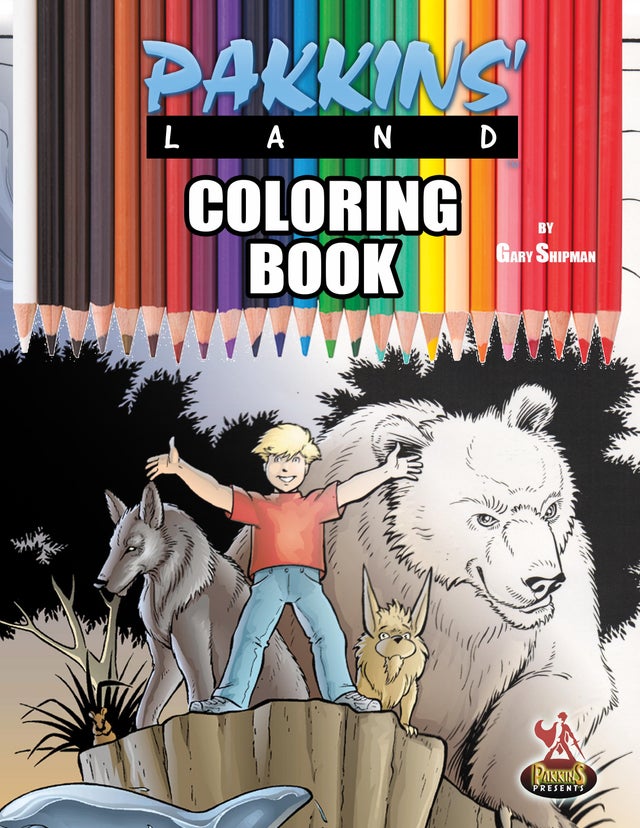 Enjoy coloring in your favorite characters from Pakkins’ Land!

A series of strange events brings our hero, a boy named Paul, to a fantastic world called “Pakkins’ Land” where he meets a mysterious giant Eagle of light who gives Paul a feather as a token of friendship. At the touch of the feather Paul feels something magical. The Eagle mysteriously vanishes and Paul realizes that he is lost in this new world.

But he isn’t alone for long. Paul is befriended by extraordinary talking animals: Gus, a brave lion-like creature, and Mr. Brambles, a large but friendly bear. The three of them, with the help of other animals, set out to find the lost King Aryah of Pakkins’ Land.